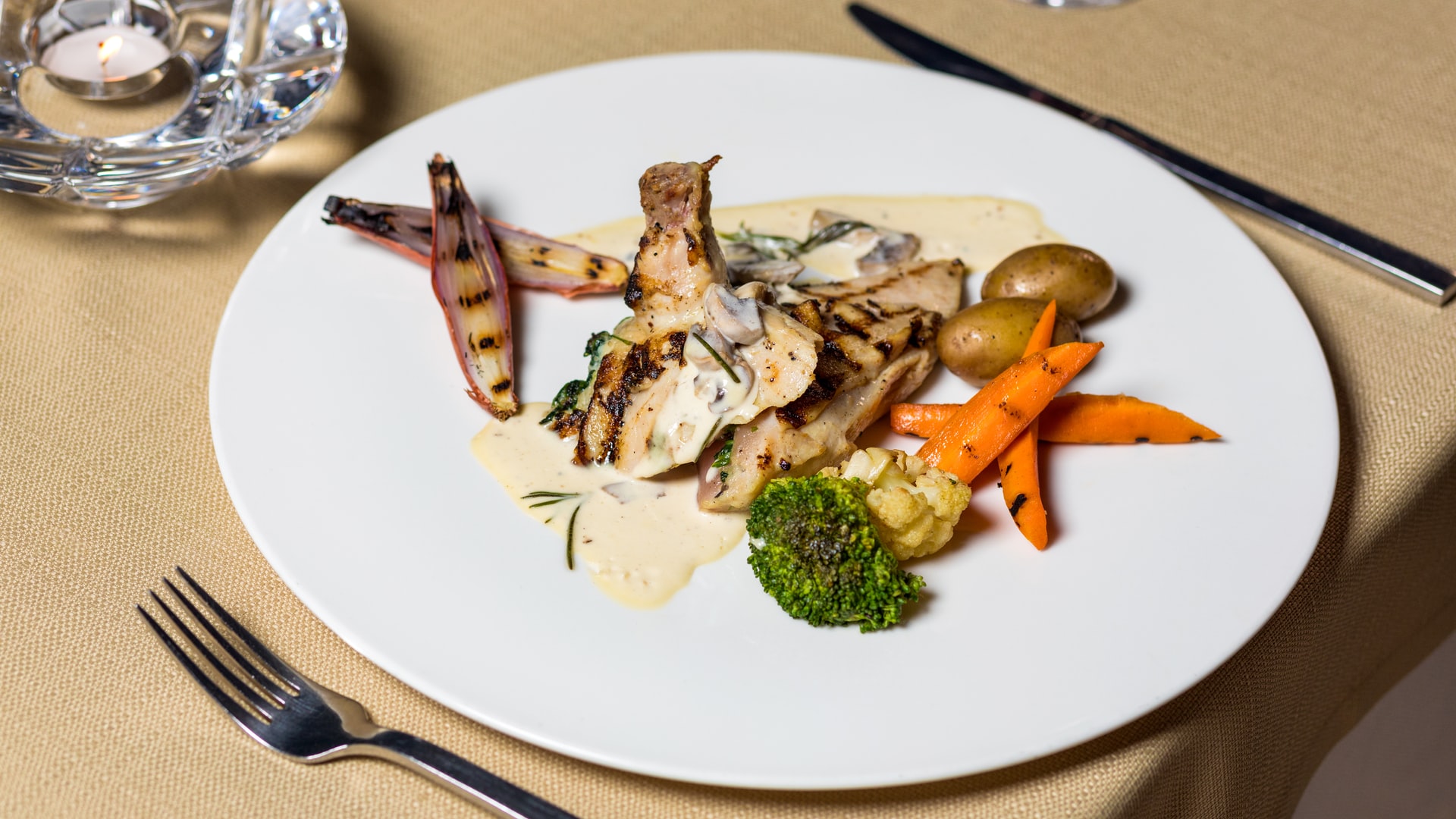 Keto Sushi: Sushi is a dish that originated in Southeast Asia and the Southern parts of China. The original sushi dish is from Japan and originated in the eighth century. The fish was salted and was wrapped in a material that was made of rice. The Japanese word Sushi translates to ‘Sour Rice.’

However, now that we know the history of Sushi, can we eat it while on Ketosis? This article will discuss whether keto Sushi exists or not, and if not, what are the alternatives?

The Four Varieties Of Keto Sushi

Sushi is popular all over Southern Asia and also globally. Because Sushi is so widely available, the recipe has been changed and modified. Below are four types of keto Sushi that are usually available in restaurants:

Sashimi contains fish alongside vegetables. There are also many varieties of Sashimi, and all of them have a low carb content. In 56 grams of Unagi which is Eel Sashimi, there are only four grams of carbohydrates.

Even on a strict Keto diet, you can consume Unagi, as Keto allows up to fifty grams of carbs per day. Other types of seafood that are also part of Sashimi is:

Chirashi is also called Chirashizushi and ‘Scattered Sushi’ in English. This is a type of Sushi where the vegetables and fish are mixed and placed atop the rice. Since Chirashi contains a lot of vegetables, it is good for vegans.

The fish in Chirashi is cooked rather than raw. In other regions of the world, this Sushi is also known as Gomoku Sushi and Barazushi. Other ingredients that are often found in this Sushi are:

The word Nigiri means ‘Two Fingers,’ referring to the quantity of rice in every Sushi roll. The traditional variety of Nigiri only consisted of fish atop rice. On most occasions, there is something in between the fish and rice like seaweed or wasabi.

The taste of Nigiri is similar to the original Sushi taste. The rice that is served with Nigiri is made with vinegar and different types of condiments. The types of fish used in this keto Sushi are:

Maki is the most popular variety of Sushi worldwide. Maki is tight Sushi rolls and are found in most Japanese restaurants. There are five versions of Maki, and three of them are named after the thickness of their rolls:

Futomaki has a thick roll of rice, and inside it is fish (Nori) or seaweed. However, you can also replace the fish with vegetables. Hosomaki has thin rice rolls, whereas Chumaki has medium-sized rice rolls.

The remaining two types of Maki are Temaki and Uramaki. In Uramaki the rice is outside the roll instead of inside it.  Tamaki has a shape of a cone and is filled with rice.

Sushi is popular worldwide; however, it is not Keto friendly. While most people think Sushi means eating raw fish, but that is not true. By definition, Sushi is rice engulfed in vinegar.

Traditionally, Sushi has always been high in carbohydrates.

Sushi rolls also contain high quantities of carbs and are usually seasoned with sugar. While it is tough to know nutritional facts about Sushi as restaurants hardly ever share them, an average serving of Sushi contains almost seventeen grams of carbs.

However, the number of carbohydrates in Sushi may vary from restaurant to restaurant, but still, the estimated amount of carbs is reasonable. On the other hand, Keto Sushi rolls contain on average 1/3 cups of rice and have a carb content of 65 grams.

Type Of Sushi That Is Keto Friendly

For keto dieters, remaining on Ketosis is mandatory, which is why when it comes to Sushi, they should stick to Sashimi as it contains raw fish. You should also avoid ingredients such as fried tempura and rice.

You also need to ensure that the seaweed is not garnished with brine. Also, it would help if you were careful with the sauces; avoid all the sauces except for soy, as it only contains one gram of carbs. Ingredients such as rice syrup and sweet teriyaki should also be avoided.

Making My Own Keto Sushi

The best keto Sushi to make on the Ketogenic diet is Sashimi, as it contains a low content of carbohydrates. Making Sashimi is also easy; all you need to do is follow this process:

Cut a block out of the fish (Salmon or tuna) and sear it with cilantro and cooking oil. Once the searing is done, cut the fish into small slices (0.3 inches). The size of the slices is an estimate; they can be larger or smaller.

Carefully arrange the fish varieties and garnish them with vegetables. Slice avocadoes, oranges, and cucumbers and place them next to the fish. Next, add ginger, wasabi, and shio leaves to taste. Eat the Sashimi with the soy sauce.

The good news is that several substitutes for rice can be a part of the Ketogenic diet, and can also be eaten with keto Sushi.

Barley is a type of grain popular globally; it comes in a powdered form or as flakes. Barley has several health benefits and is rich in Fiber, so people looking to consume dietary Fiber should try it.

Barley contains antioxidants such as lignans, which protect the body’s cells from damage, can help lower cholesterol levels and balance insulin and glucose in the blood.

A Hundred Grams Of Whole Barley Contains The Following:

Keto Sushi: Barley might match plain rice in calories, but it has a much higher content of Protein and Fiber. Barley is also rich in over thirty nutrients, such as beta-glucan and phytosterols.

Quinoa is an edible seed and is consumed as a grain. In South America, Quinoa has been a staple part of the human diet for thousands of years. People on Ketosis consume Quinoa instead of rice, as it contains all essential amino acids.

A Hundred Grams Of Dried Quinoa Contains The Following:

Quinoa also has a high content of magnesium, which helps the body make DNA, bone, protein, and copper that are essential for the production of energy and red blood cells.

The Cauliflower belongs to a family of vegetables known as Cruciferous, which also includes Broccoli, Kale, Brussel Sprouts, and Cabbage.

The first thing you need to do if you have a heart illness is work on a diet plan with your cardiologist. Most doctors will usually recommend the Mediterranean diet instead of the Ketogenic diet.

A study published in 2016 in the European Heart Journal studied 15,482 patients with heart disease. The researchers asked the patients questions about their diet.

After staying in contact with those patients for more than four years, the researchers concluded that the Mediterranean diet is the best option for people who have heart ailments.

While the Ketogenic diet, when followed properly, has several benefits, some sources of carbs and fruits prohibited by the diet are good for your heart.  Another analysis conducted in 2016 by the American College of Cardiology stated that doctors should stay vary of trendy diets such as low-carb and Keto diets.

The study concluded that the Keto diet and other forms of low-carb diet have a minor or uncertain influence on human health. The bottom line is several factors cause heart diseases. Some of those factors are high cholesterol levels, high blood pressure and stress, smoking, and family history.

You cannot rely on the Ketogenic diet when you’re suffering from a heart-related issue. And if you choose to go into Ketosis, then discuss it with your doctor, in this case, a cardiologist. However, if you have a family history of heart ailments, shifting to the Ketogenic diet will be extremely dangerous.

While Sushi is enjoyed globally, as we found out, there is no such thing as Keto Sushi. However, there is a variety of Sushi, Sashimi that is low in carbs and can be part of the Ketogenic diet. In this article, we also discussed the four types of Sushi and their characteristics.

We have also mentioned a Sashimi recipe that will help you make the dish at home. At the end of the article, we discussed Keto substitutes for rice that can be eaten alongside Keto Sushi and if Keto is good for heart diseases or not.

Jerald Dyson is a passionate wellness advocate. With over 15 years working in corporate wellness, nutrition, and wellness advisory he brings an insightful approach to the wellness industry.

Is Mayo Keto – A Low-Carb Variety Of Mayo?

Is There A Keto Cream Cheese Frosting?

How Drag Culture Continues To Influence...

Is Poke Healthy For Weight Loss