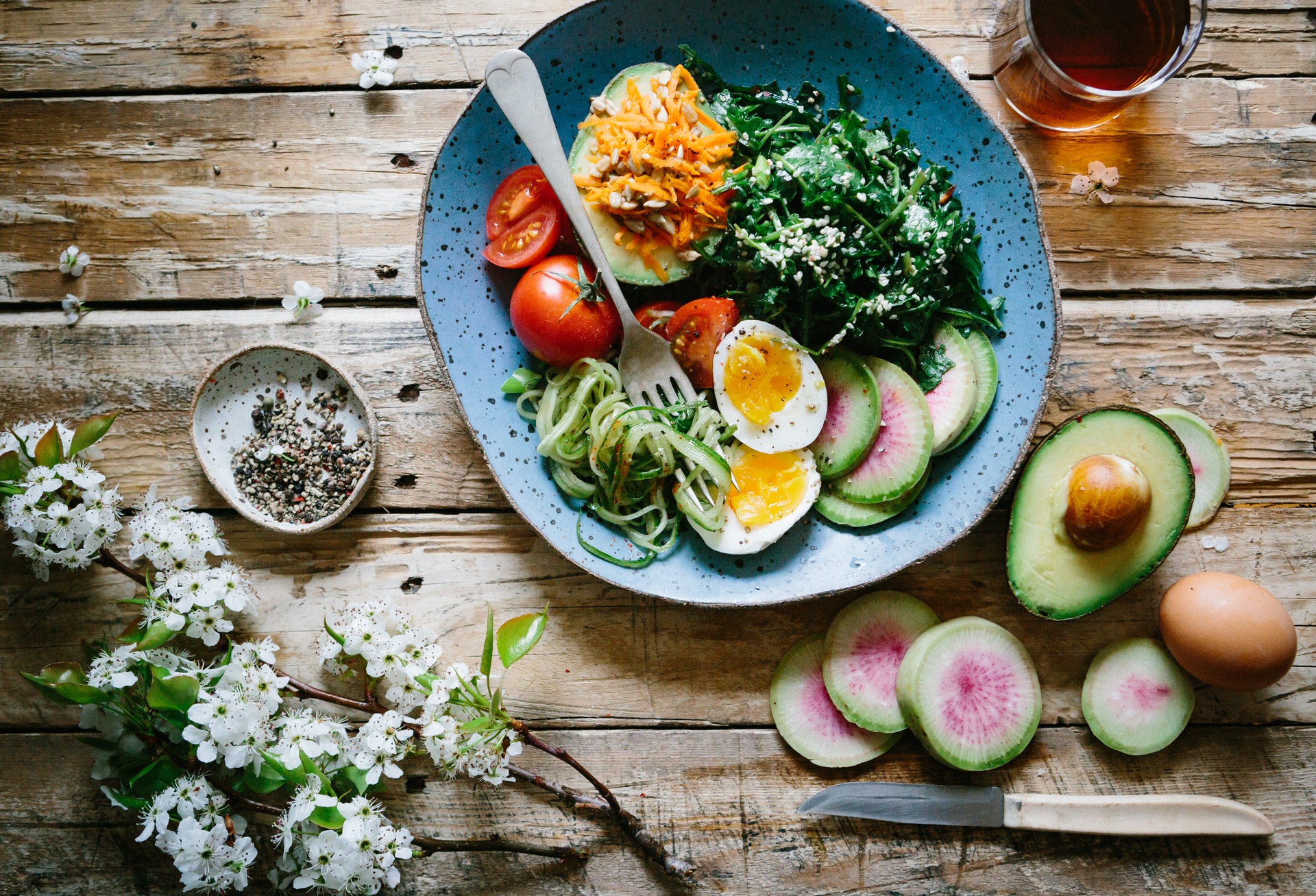 Is Honey Keto? When you are following a Keto diet, you need to look after your carbohydrates. If your carb intake is more than fifty grams per day, your ketosis can end. However, the Keto diet does allow some sweeteners, and we will discuss them in this article. We will also answer the all-important question: is Honey Keto? And if not, then are there any ketogenic substitutes available for Honey.

Honey is a natural sweetener; it is produced by bees and is the sugary secretion of plants. Honey has a good taste, a thick texture and is considered a substitute for artificial sugar. However, when you are following the Keto diet, you need to significantly decrease your carb intake (< fifty grams per day).

Honey, like Sugar, is rich in carbohydrates, which means it is difficult to fit Honey in the Ketogenic diet.  However, before we conclude, there are some crucial aspects of Honey that we need to discuss.

How Is Honey Keto Different From Sugar?

Humans have been consuming honey for centuries. The first evidence of honey consumption dates back to 8,000 years. The oldest remains of Honey are 5,000 years and were discovered in Georgia. So how does Honey differ from Sugar? While both Honey and Sugar have somewhat similar characteristics, they have different concentrations:

Other Components Of Honey Are:

The enzymes added to the Honey by the bees break it down. This is the reason why Honey has a sweet flavor.

Can Honey Be Considered Healthy?

All the ingredients of Honey are healthy, such as antioxidants, amino acids, vitamins, enzymes, and minerals. Honey is also rich in nutrients which is why it has so many benefits. Is honey keto? can also aid people in weight loss and increase the energy of your body.

Other Health Benefits Of Honey Are:

Honey contains zero grams of fat and dietary fiber, and the protein content is just 0.1 grams on average. All this indicates that Honey cannot be Keto friendly. Instead, you will need to find a keto substitute for Honey.

Now that we have established that Honey cannot be part of the Ketogenic diet let’s discuss some Keto friendly substitutes.

Stevia has similar characteristics to Honey and also has natural sweetness. However, Stevia is Keto friendly as its carb content is incredibly low. Studies conducted on humans and animals concluded that Stevia leads to a reduction in blood sugar levels. Stevia also has more sweetness than sugar, so you will consume less of it at a time.

For a cup of Sugar (200 grams approx.), you only need a teaspoon (four grams approx.) of Stevia. Stevia can be used as a sweetener for desserts, drinks, and other edibles. Stevia is easily available in grocery stores, and there is also a powdered version.

Is honey keto? Sucralose is a synthetic version of sweeteners, unlike Honey and Stevia. The major difference between Sugar and sucralose is that sucralose is not metabolized. This means that the body cannot digest sucralose, so it does not increase the level of carbs and calories in your body.

Most artificial sweeteners have a bitter taste, which is why most people are consuming sucralose instead. Sucralose can be an alternative for Sugar (1:1 ratio). However, you need to be careful when consuming sucralose, as it contains additional substances such as dextrose and maltodextrin. These two substances contain 0.91 grams of carbs and three calories per serving pack.

Another drawback of sucralose is that it cannot be an alternative to Sugar, at least not permanently. So, sucralose cannot be an ingredient for baking recipes. Studies have also found that sucralose can be harmful to your health if exposed to hot temperatures.

However, for meals that don’t need to be cooked, sucralose is a great ingredient and can be used instead of Sugar.

Erythritol contains only 0.2 calories and one gram of carbohydrates, and it is 80 % sweet. Erythritol does not cause digestion-related issues like other sugar alcohols and can also lower the sugar levels in the blood.

Unlike sucralose, erythritol can be used as a cooking and baking ingredient. However, before using erythritol in your favorite dishes, you should know that it has a gritty texture. Erythritol also does not dissolve as well as Sugar.

Ever wondered why sugar-free chewing gum tastes differently? That is because it contains Xylitol, a type of sugar alcohol. Xylitol contains three calories per gram and four grams of carbohydrates per tsp.

The exchange ratio between Sugar and Xylitol is 1:1, so you can easily add this sweetener to drinks like shakes, smoothies, tea, and coffee. Like other types of sugar alcohols, carbs in Xylitol are not counted as net carbohydrates. This is because Xylitol does not increase the level of sugar and insulin in the blood.

Monk Fruit is a type of fruit that hails from Southern China. This fruit can be a great substitute for Sugar and Honey. However, you will need to consume the extract of the fruit, not the fruit itself. Monk fruit is rich in natural sweeteners and compounds. The fruit is also rich in antioxidants, which are the reason behind its sweet nature.

Even though monk fruit is 200 to 250 times sweeter than sugar, it still contains zero carbs and calories. Mogrosides in the fruit can help in stimulating the release of insulin that can manage blood sugar levels.

Versions of the Keto Diet that are Compatible with Honey

Is honey keto? When it comes to the Keto diet, there are many variations.  Two variations of the Keto diet might allow a small intake of Honey under some circumstances:

People who follow the CKD version of the Ketogenic diet only maintain the regime five to six days a week. For a day or two every week, they take a high intake of carbohydrates. These days are known as ‘loading days and they consume carb-rich foods like Honey.

However, you should be cautious, as CKD is usually followed along with intensive workouts. If you are not working out and doing CKD, then soon, your ketosis will end.

The TKD diet also works in conjunction with exercise and workouts. An hour before or after their working outs, people that follow TKD are allowed a carb intake of twenty to fifty grams. This could also mean that these people consume one to two tablespoons of Honey.

Keto Vs. Paleo Diet – A Comparison

One thing is a fact; both Ketogenic and Paleolithic are considered healthy diet forms; however, what sets them apart is how the user implements them. When compared, the Paleo diet is considered healthier than the Keto diet, and it also encourages a healthy style of life.

The Paleo diet also offers a great degree of freedom regarding food choices, which makes the diet easier to follow in the long run. However, the Keto diet is not fit for every individual but can treat some illnesses. Generally, people should stay away from foods that have saturated fat and overall high content of fat.

The Keto diet is difficult to maintain in the long run because it demands strict compliance to achieve the necessary levels of ketosis. The diet also requires careful planning and is less adaptable to social changes. In addition, the lack of flexibility within the Keto diet makes it unattractive for most people and offers few food options.

While we stated earlier that both diet forms are healthy, Paleo has the edge as it is more flexible than the Keto diet and offers a much broader array of nutrients.

In this article, we have tried to answer this question: Is honey keto? And by the end of the article, we were able to give a clear answer. Honey is rich in carbohydrates, so it cannot be part of your diet. We also discussed several aspects and health benefits of Honey.

Humans have been consuming honey for centuries, and it is an important part of some cultures. In this article, we have also mentioned the three versions of the Keto diet that allow honey consumption. Lastly, we also mentioned several alternatives of Honey that are Keto friendly.

All the information you need is here; now, all you need do is read it up, analyze it and make your own decision.

The 6 Best NordicTrack Treadmills Of...

How To Care For Your Skin...

This Is Exactly How Anxiety Can...